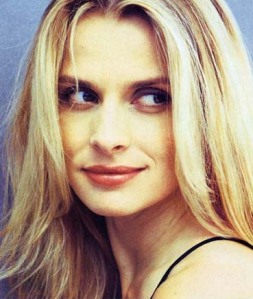 You’ve got to hand it to the Mail Online, with the story of Samantha Brick they have truly surpassed themselves.  Writing in the paper Brick complained that

‘There are downsides to looking this pretty. Women hate me for being beautiful’.

The entire piece is a mixture of smug superiority and putdowns for fellow women, illustrated by pictures of Brick who – and this isn’t going to be a surprise – ain’t all that and a bucket of spuds.  Sure, she hasn’t been hit in the face several times by the ugly stick but we’re not talking the new Nastassja Kinski here.

Predictably, Twitter went all ballistic over it.  The page hits went up, Samantha Brick and Mail Online got trending.  There were spoof pieces in Vice and The Guardian.  The Mail Online and Brick followed it up, not least with a second piece entitled “I wrote a piece where I come across as a narcissistic self-absorbed bitch, why is the Internet calling me a narcissistic self-absorbed bitch?”  (Possibly not its real title.)  Everybody wins, the Mail gets hits, Twitter gets to indulge in a mobbing and Brick neatly positions herself as the perfect Mail columnist – that elusive mix of being hopelessly self-absorbed, a hater of your own gender and most vitally, at least three-quarters of the way to utterly batshit insane.

(It is an oddity that the most hate-filled pieces in the Daily Heil are written by women.  Liz Jones, Jan Moir, Allison Pearson and now Samantha Brick.  A thousand spiteful, nasty, vicious words get the most hits and the most revenue.  It brings a whole new meaning to the phrase Cash Cow.)

The approach of the Mail Online is highly successful – it recently passed the New York Times in becoming the most visited newspaper site in the world.  There is a rather good article by Lauren Collins in the NYT about the newspaper and the website.   Basically, rather than relying on concepts such as journalism, the Mail Online got to be number one via the method of trolling, putting up any number of car crash WTF articles, misleading headlines, unfounded scare stories and pictures of half nekkid women. A hit counter raised to the status of a Demi-God, fed a daily sacrifice of hate pieces, WTF opinion, outright lies and all helped by the right hand sidebar of shame, row upon row of pictures of women without many clothes on, either admiring them for looking good or castigating them for looking less than angelic.

We are not gonna die. You know why? Because we are so… very… pretty. We are just too pretty for God to let us die. Huh? Look at that chiseled jaw!

I’ve said before that everyone on the Mail Online, editors, journalists and commenters exists purely to troll each other.  The journalists troll the readers, the editors troll the journalists for better copy and the readers add their comments below the line.  And if you thought the writers were mini-Hitlers without the rational side, wait until you get to the commenters.

Not Samantha Brick, either

The key thing that makes the site so successful is that everyone is trolling, while simultaneously thinking everyone else is being serious.  A virtuous circle without much virtue.  The ultimate goal is to ramp up the page hits, which keeps the revenue flowing from advertising.  Bit odd to have your revenue hanging on people stopping to see a car crash and mentally associating your brand with the worst excesses of journalism, but what do I know?

It operates on exactly the same level as the old Melissa/I Love You/Anna Kournikova viruses – where the user would be fooled into clicking a link which installed a virus/malware/porn onto their machine.  Obviously the Mail Online doesn’t download porn onto your machine, merely gives you the sidebar of shame of women with few clothes on.  The idea is the same, hook peoples eyeballs in and gather hits by pretty much any means possible.  To make it virtually impossible for you to get your way out of it and for you to pass on your outrage with a single click.
Twitter makes it so easy to do, as well.  One click, push or press and your Two Second Hate is retweeted to a hundred followers (in my case.  I’m rubbish at Twitter.)  If only 10% of those follow the link, you can see the exponential growth in hits.

This man judges whether a woman is attractive.

And here is the rub.  The Leveson enquiry into phone hacking has been going on for a while and has been spectacular entertainment.  Many people have queued up to say how they have had their lives ruined by the press.  Most of the people, Steve Coogan, Sienna Miller have been targeted simply because they do a job that means they are in the public eye.   The Press themselves, led by the Daily Mails’ Chief Cunt In Charge Paul Dacre (again, possibly not his real job title) have harrumphed and said a free Press is necessary to expose corruption in high places.  This argument has been taken up from the likes of Paul McMullan all the way down to Fleet Street Fox.

(Aside.  Fleet Street Fox is an anonymous blog written by a current national newspaper hack.  It is a great read and I thoroughly recommend you subscribe to her blog.  But she does have a massive blind spot when it comes to the ills of her profession, perhaps best illustrated when she appeared on Charlie Brookers Newswipe complaining about anonymity granted to footballers who were having affairs while being filmed in silhouette...)

Back to the free Press argument – I actually agree with it.  A free Press is essential in a democracy. Those in power should fear that their criminal misdeeds and patronage and favours are exposed.

If only that were the case.

What the Mail Online shows us, and the Samantha Brick episode puts a lovely little bow on, is that Fleet Street aren’t interested in all that journalism stuff.  It is all well and good saying you need to be left alone to expose skulduggery if you are in the business of exposing skulduggery.  And pointing at a footballer for sleeping around is not exposing skulduggery.  Neither is devoting acres of space to plugging Simon Cowells latest record deal or whatever the fuck vapid bint is filling the current heavily scripted “reality” show.  That isn’t journalism.  The sidebar of shame, featuring paparazzi snaps isn’t journalism.

Of course, a 64 page newspaper full of investigative journalism is going to be deathly dull and boring without a few bits of sugar and icing on top.  The thing is, most newspapers are all icing and no cake. I read The Guardian and even that can’t resist going downmarket – although always with a detached sense of superiority which at least pretends to be ironic.  And with the likes of Max Gogarty and Bidisha, it isn’t invulnerable to trolling the readership either.

Mail Online is the ultimate logical conclusion of where newspapers are at the moment.  Desperate for attention, missing the entire point of its existence and thinking completely short term.  It is a cynical exercise in manipulating everyone.  I actually admire its ruthlessness, there is a purity to its sense of purpose that you have to respect. But in the end, it is the website of someone slowly but surely self-immolating in the middle of the High Street.  “I’m popular, look at me, I’m popular” while not realising that the crowd at laughing at them, not with them.

So when Leveson reaches his conclusion and Fleet Street wails on about the curtailment of its freedom, remember what they are arguing to continue to be able to do.  It isn’t to investigate stories, to root out corruption or correct injustice, it is to keep paying the likes of Samantha Brick to provoke you into clicking for ad revenue.